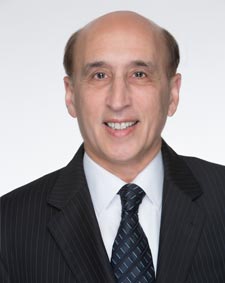 Paul J. Korngold has been with TKWLL since 1973 initially as a summer associate and subsequently became an associate attorney upon his law school graduation.  He became a partner in 1983.

A past president of the Real Estate Tax Review Bar Association, Mr. Korngold is also a former adjunct instructor of law at New York Law School.

Mr. Korngold is admitted to practice law in the State of New York and in the Southern and Eastern Districts of the United States District Court as well as the United States Supreme Court. He formerly served as a representative to the Network of Bar Leaders.

His many articles on J-51 real estate tax abatements and tax exemptions have appeared in the New York Law Journal and Mr. Korngold is frequently quoted as an authority on real estate tax matters in various publications including The New York Times and the Wall Street Journal.