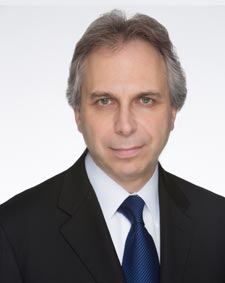 Donald Liebman joined TWLL as a partner in 2013 and has been involved in every aspect of the tax certiorari field, from strategic real estate tax planning to trial and appeal.  Mr. Liebman also has represented parties on both sides of tax certiorari challenge in the course of his career in tax certiorari.

As the former Assistant Corporation Counsel in the New York City Law Department’s Condemnation and Tax Certiorari Division, Mr. Liebman litigated a wide variety of tax matters, successfully defending challenges to the policies and practice of New York City’s taxing authorities and other municipal agencies. He was on the City’s trial team for the 425 Park Avenue case, and also tried water and sewer charge cases on behalf of the NYC Department of Environmental Protection.

Mr. Liebman has represented both institutional and real estate industry clients in successfully challenging valuations, obtaining tax exemptions for both new construction and redevelopment, and rendering opinions on the potential taxation of various projects. He has been involved in the negotiation, drafting, auditing and defense of lease tax escalation clauses for both landlords and tenants. He has experience in the property tax aspects of Mitchell-Lama housing (including privatization), PILOT programs and IDA agreements, and has successfully negotiated the reversal of a multimillion-dollar shelter rent tax imposition on a major residential complex. Mr. Liebman also has advised upon and litigated property tax issues in federal bankruptcy and estate planning cases.

In addition to participating in the tax certiorari trial of the landmark Hudson Theater in Times Square, Mr. Liebman was instrumental in overturning the City’s attempt to impose a decade’s worth of property taxes tied to a subway station onto the owner of an adjoining office building.

In 2003, Mr. Liebman was instrumental in overturning, on appeal, the City’s denial of real estate tax exemption benefits (known as ICIP) for the expansion and renovation of the CDL Millennium Broadway Hotel in Times Square. The lower court had determined that the City was not unreasonable in denying valuable ICIP tax benefits for the hotel’s horizontal expansion, despite the City having granted the tax break for vertical expansions. Mr. Liebman spearheaded an appeal resulting in a unanimous reversal and a multimillion-dollar tax refund, as well as defeating the City’s effort to have the case heard in the Court of Appeals, New York State’s highest court.

Mr. Liebman serves as Chairman of the Board of Assessment Review for the Town of Cortlandt Manor, Westchester County, New York. In this capacity, he has presided over a number of tax valuation cases not ordinarily encountered in major cities, most recently including the Indian Point Nuclear Plant.

In addition, Mr. Liebman lectures to real estate, appraisal, accounting and assessment industry groups, both in the United States and abroad, on a wide range of tax policy and practice issues.